Here's a potential bit of interest for especially the 'old timers' eg Parker! Recent new member Phil Charlson of our local Cumbria Classic Car Club (I'm Membership Sec & Treasurer) has interesting  cycling history and happy for this to be published verbatim on our blog. 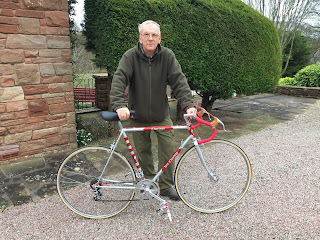 I was a Bolton Clarion man, joined at 12 and had to sign a pledge never to mention the CTC. We did once play the local CTC group (football) and I got kicked black and blue, being a lightweight 14 at the time. Dad had strong links with the Clarion too and his St Helen’s road shop was a social meeting place on Saturday mornings,could be an inconvenience at times. He also had ties with the Leigh Premier Road Club which I joined in the mid 70’s after after the Clarion in Bolton sadly ceased to exist.

Dad was best known as a ‘Lightweight’ dealer and one of the very best wheel builders in Lancashire. Of course I thought I was just as good! He allowed me to put spokes in hubs at 11 and I was building complete wheels by 13 and often built 5 or more pairs a day during school hols. and Saturdays. We used to do some of the traditional stuff like tying and soldering track wheels, guess not many would even know what that is now. I built the ‘sprint wheels’ ,that are still on my old bike, when I was 15. New ‘tubs’ of course and a new rim on the back after being brought down heavily during a road race near Milnthorpe. Pretty badly ‘banged up’ but still went to the local Palais that night. Mentioned it to my wife years later
and she said “yes I know I was there” to which I replied ‘I must have cut an heroic figure” she said “no you looked a bloody pratt”.
Back to dad, if I haven’t bored you to death by now. He and a friend had a bike/hardware shop in Tyldesley before the war, he did the bikes. When the war started he was called up to the RAF and with his background assigned to ground crew working mainly on Lancasters. Later in the war he was shipped of to Australia with a Squadron of Mosquito’s and was on a carrier outside Fremantle on VJ Day . Finally arrived back home late 1946 that there were no homes or jobs promised by the new Labour Gov.  He finally borrowed £50 and rented his first shop ,bike parts were in short supply and he supplemented his income shoe repairs , bike respray’s and selling whatever sports gear he could get hold of. I remember that, well into the 50’s ,he would get a tip-off that some wholesaler or other had inner tubes or tyres or pedals etc. and I’d be packed off with mum on the bus or train to Manchester or Preston or wherever, to buy what we could carry.
He retired in 1988, it was a sad day for me as it had been such a large part of my life for so many years ,I loved it and worked every Saturday and all my school holidays there. It’s still a bike shop though.
Posted by Les at 09:24 No comments:

YOUR CLUB NEEDS YOU

Since 31st March when lockdown rules were relaxed enough to allow the resumption of group riding we have recorded 19 led rides & 3 informal coffee stop rides  . The rides were led by 12 of our leaders and there's been a total of 108 attendees. A good start!

It is planned to continue with the "Rolling Runs List" for the next few weeks before returning to the quarterly Runs Lists again from the beginning of July, however the Rolling Runs List is looking quite empty at the moment, so it would be good if some of you could fill in the gaps.

Meet in Dalston for a ride that crosses 8 bridges over the Eden from Carlisle Western Bypass to Lamgwathby. Total distance about 60 miles. BYO food as not sure what's open. See map for route. This LINK will give you gpx file of the route. 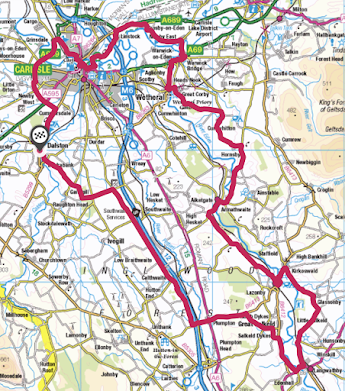 Anyone fancy joining me for an easy jaunt up and over Kirkstone this Sunday? 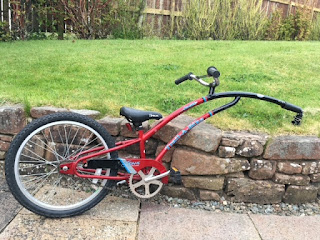 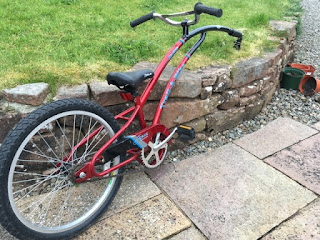 It is an Adams Trail a Bike hardly used by my Granddaughter( and mother) and is therefore in good condition. The main aim is for it see good use and a nominal £20 would be good or an offer. Contact by E mail or phone, 01228710071.
Thank you
John Glassford (email: johnglas@aol.com)
Posted by geoff at 12:44 No comments:

Cathy and I have 2 pairs of clip on waterproof panniers which have hardly been used. If anyone is interested we will sell them for £25 per pair.

I have a photo, but couldn't work out how to display it!

Posted by Keith Garnett at 16:59 No comments:

Rosie will be leading a 2 bike ride  to Great Salkeld, Calthwaite and Plumpton. BYO picnic at Calthwaite, possible coffee at the Pot Place. Leaving at 10 am. About 25 miles. 07818241833

Phil is leading a 3 bike ride to Alston, Hallbankgate, Talkin, and Armathwaite. We will stop somewhere for lunch, probably Hallbankgate community hub. Leaving at 9.30. About 60 miles. 07810751189

Weather looks like the best day of the week. Sunny but chilly.

Posted by Phil Blanshard at 15:55 No comments: